David, married to Maria, lives in Burgau. David has two children and two grandchildren.
David grew up in the East End of London during the second world war.  Following the war he continued his education until he was 16. At the age of 18, he joined the Royal Air Force and served for 5 years, mostly in Germany. Whilst in Germany he founded a crew room on the top floor of their billet where the off-duty photographers could relax and enjoy their downtime
Returning to the UK he was attached to the reformed 617 Squadron (The Dam busters)
He then followed a strong corporate career, leading to running his own Sales & Management Training Consultancy. David is also an active volunteer mentor and coach for the Princes Trust.
Meeting Maria at the end of 2001, he visited Burgau for the first time, (Maria having spent a few holidays there).
This introduction led them to buying a property here in 2004.
In 2008 they were married, the ceremony taking place in the Marina before taking a sail around the headland to view Burgau from the sea accompanied by their guests.
In 2019 they made the decision to retire and In October 2020, together with Robbie their dog, they arrived in Burgau to start a new chapter in their lives.
David joined the Burgau Sports Centre Golfing Society, playing with their twilight group.  This opened up a whole new range of friends who have made them both feel so welcome and settled.
Maria is also enjoying retirement following her hobbies, Yoga, Aqua aerobics and of course long walks with Robbie
It was from this association that he was invited to be Chairman of the FofBSCG, a role which he feels is a privilege and exciting to be part of. 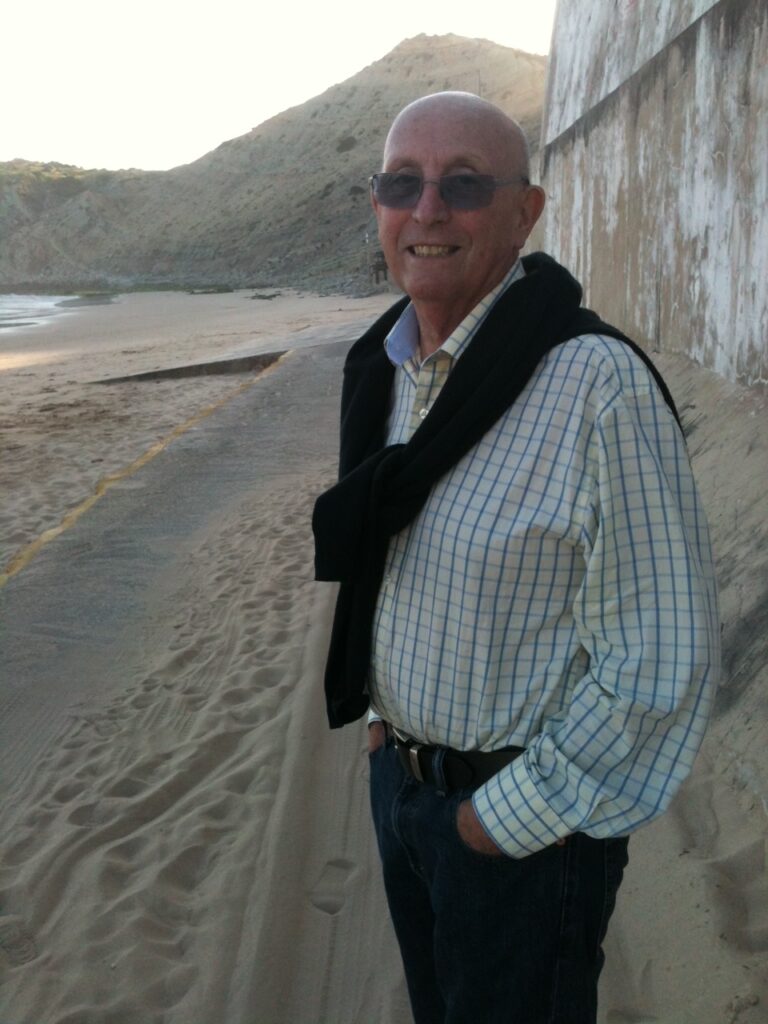 Carole, married to Peter, lives in Vale De Boi near Budens.
Carole grew up in Stockton On Tees in England but moved to Fife in Scotland in 1996 to work and it was there she met Peter and has lived there since.
She has worked in restaurant management for many years but when she met Peter returned to college to study accounting to help with their 2 businesses, a taxi company and a property management company.
They each have 2 daughters and now have 5 grandchildren
They came to Portugal in 2004 to visit family, saw a house here and fell in love with it. They holidayed here for many years until they gradually were here more than they were in Scotland so decided to make it a permanent move in 2020.
She has been a ‘Friend of Burgau Sports Centre’ since she was first introduced to the tennis group in 2014.
Since then she has joined in with many of the activities that take place there and her grandsons love to participate in the football when they are visiting.
Carole joined in with the BSC Ladies golf group in 2019 and it has simply enhanced her life
‘’Being a part of the centre is like being a part of the family’ she says ‘the Robinsons’ make everyone that comes through their doors feel like that, I feel blessed to be a part of it and so I was thrilled when Martyn Torr asked if I would be interested in helping out with the Friends of BSC Group that he was setting up. I am an ‘organiser’ so taking on the secretary role seemed to fit the best. I’m excited to see what we can achieve’’ 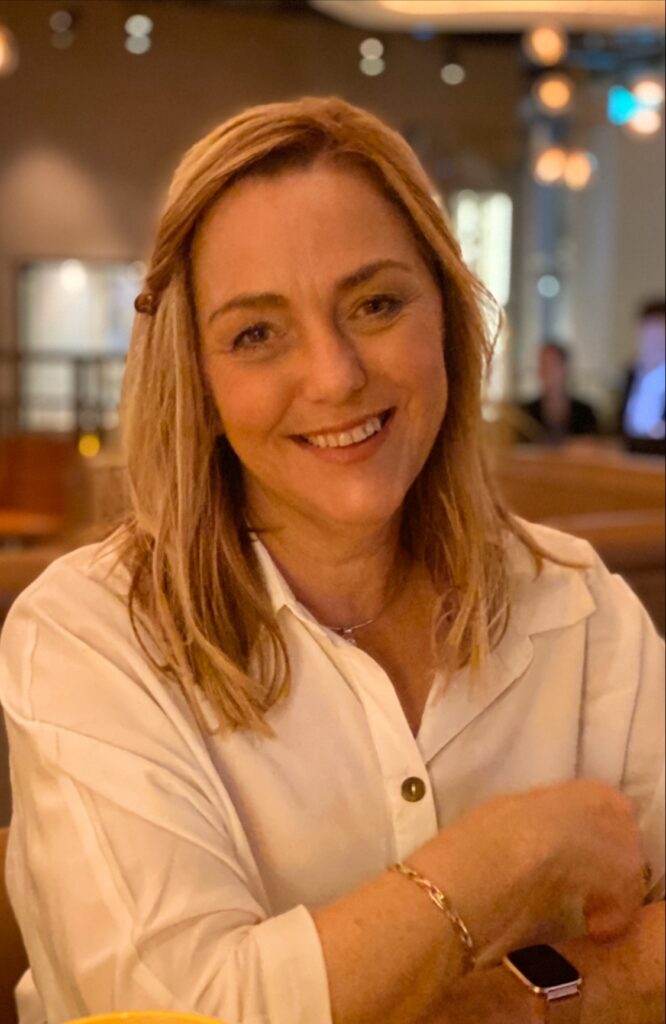 Carol, married to Steve, lives in Montinhos da Luz.  Carol & Steve have four grown up children (three of whom are married), and four grandchildren all of whom live in the UK.

Carol grew up on the Wirral (near Liverpool), and was educated there until she left school at 18, to work as a laboratory assistant at Unilever Research Laboratory. It was whilst working at the laboratory that she met Steve, before he moved to Shell Research, for whom he worked for 42 years.  They married in 1980.

Carol continued to work for Unilever until she had her first child, Christopher, in 1983, after which she became a full time mother. Jennifer arrived in 1984 and Kirsty in 1988.  After Kirsty was born, Carol decided she needed to start using her brain again, and enrolled for night classes at her local college, Wirral Metropolitan College, to study ONC Computer Science.  Her fourth child, David, arrived in 1990, two weeks after she completed her first year exams.  After completing her ONC, she then continued night classes to gain her HNC, and then her degree in Computer Science at Liverpool John Moores University, in total 7 years of study.

After completing her HNC, the Head of Computing asked her to work as a part time Lecturer in Computing and IT.  Carol also gained her Post Graduate Certificate of Education. This eventualy led to a full time post, and in 1997, she became manager of the department.

In 2003, Carol moved to become Head of Computing and IT at Coleg Llandrillo, a college based in Colwyn Bay, in North Wales.  In 2007, Carol undertook a secondment to Denbighshire and Conwy County Councils to develop quality systems for the new initiative of 14-19 Learning Pathways, which enabled schools to work with colleges to provide vocational education from the age of 14, in a shared teaching experience.  In 2010, she returned to the Coleg Llandrillo (after they had merged with Coleg Meirion Dwyfor, and then went on to merge with Coleg Menai), to become Head of Qaulity and Learning Development across the three colleges.  Eventually, the role became too big and was split, so Carol continued as Head of Quality.  This involved working with awarding bodies, Quality Assurance for Further Education (Estyn) and Higher Education (QAA), as well as work based learning and continuing to work with the 14-19 Learning Pathways.

In 2015, Steve was assigned to a role in Singapore, so Carol retired from education and moved to Singapore with him.  This allowed so many wonderful experiences of travelling around Asia-Pacific, and fully embracing expat life, so much so that they wanted to continue with that lifestyle.  They lived there until July 2020, when covid cut short the assignment, and moved straight to Portugal, where they had bought a house the previous year.  SInce being in Portugal, Carol & Steve have been rebuilding the house and enjoying many hours on the golf course.

Carol & Steve joined the Burgau Golf Society in August 2020, and that has led to meeting so many wonderful people who are now friends.  They are really grateful for the role that Burgau Sports Centre has played, and will continue to play, in them settling down in Portugal.  Carol is really enthusiastic to support the Centre as best she can, and looks forward to seeing the Centre progress and develop. 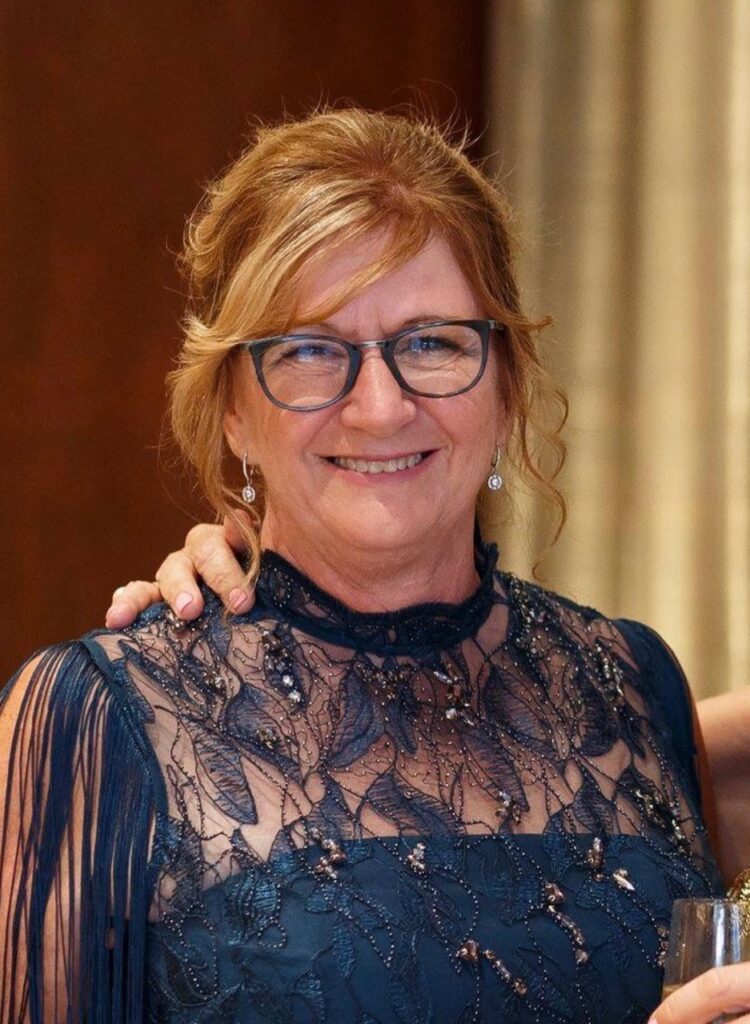